Australians are known to use a little ‘Aussie ingenuity” to get things done, from solving a small problem to creating world-changing innovations, for such a small country in terms of size and economy on the world scale, we certainly hold our own.

To celebrate our love for inventions, we’ve collated some of Australia’s iconic inventions. 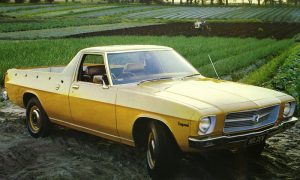 In 1933, a farmer’s wife wrote to Ford Australia asking “can you build a car that we can use to go to church on Sunday without getting wet, and that my husband can use to take the pigs to market on Monday?”1

After the letter had come down through the hierarchy at Ford, it landed on 22-year-old designer Lew Bandt’s desk. Taking the new Ford V8 sedan, augmenting it with a tray that formed part of the body and adding a few extra timber braces to strengthen the area where the two parts of the vehicle met – the ute was born.

By 1934, the Ford utility was in full production, and Lew was taken to the USA to meet with Henry Ford himself. Over the years, the beloved ute has worked in the mines, farms, battlefields and everything in between, making the world an easier place to work and play. 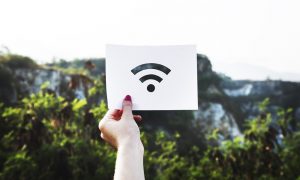 Many millennials believe that home is where the Wi-Fi automatically connects, and it’s safe to say today’s world wouldn’t work in the same way it does now without it – and yet, it took a bunch of Aussies from the CSIRO to invent it.

Dr. John O’Sullivan was the leader of the team of five at CSIRO that developed Wi-Fi in the 1990’s2. Think of all those conversations that you could have had with your family at the dinner table had Dr. John and his team not worked out the global phenomenon that is Wi-Fi!

Wi-Fi, without doubt, has been one of the biggest Aussie inventions of this century, and all thanks to some Aussie’s. 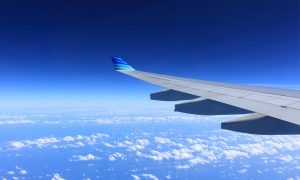 There are not many things more devastating than a plane crash, with some crashes involving passenger planes with hundreds of passengers. One of the biggest challenges of the modern day plane crash was how to determine what and the reason behind to an accident, whether it is mechanical or human error.

Recordings from the cockpit, the instruments and all the data available before and during the plane’s demise would go a long way to improving airline safety and of course giving the families of the lost some closure. This needed to withstand mass impact, explosions and the heat of a fire, while also sending out a ‘ping’ so it could be recovered by search & rescue. The idea of the black box flight recorder was born via an unlikely source in the form of an Aussie teacher.

Having worked as a teacher, then at Aeronautical Research Laboratories, in 1954 Dr David Warren wrote a paper "A Device for Assisting Investigation into Aircraft Accidents" which described the theoretical system of a black box flight recorder, by 1956 David had a working prototype ready to test.3

Within a few years, these black boxes were tested, commercialised and by the late sixties they became compulsory in planes worldwide – saving countless lives the world over.

Perth-based plastic surgeon & researcher Professor Fiona Wood patented her ‘spray on skin’ technique in 1999. By taking small skin samples from the patient and growing new cells in a lab, then spraying the new ‘skin’ onto the victim’s damaged skin, scarring and recovery time is significantly reduced every time.4

Dr Wood’s live saving treatment of burns allows medical professionals worldwide to effectively treat victims who without the process would die or suffer immeasurably from burns-related issues and complications. 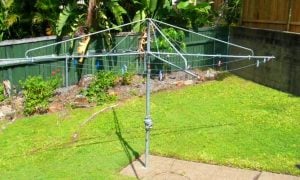 nic who, after being discharged from the Australian Army in 1945 after World War 2 Lancelot Leonard (Lance) Hill responded to his wife’s complaint that “the citrus trees in their backyard had grown too much, so there was no room on a single line to hang the washing” by creating the much-loved Hills Hoist.

An iconic piece of basically every Aussie child’s yard growing up, a rotary hoist allowed people around the world to put their washing out to dry without taking up the whole back yard. At the time of Lance Hill’s death in 1986, over a million Hills Hoists had been sold!5 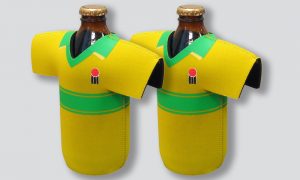 Australia’s sizzling summers mean your beer - or beverage of choice – will go warm in minutes if it’s left out in the sun.

Quite possibly one of the country’s most iconic inventions is the stubby holder.

In the 1980’s, inventor Shane Walsh used a piece of cut-off wetsuit material – well known for its insulating qualities and cut it to size to keep his beloved 375ml stubby cold during the summer of cricket.

Replacing the old polystyrene containers that were being used at the time, these days the humble stubby holder is available in all shapes, sizes and colours around the world ensuring that everyone, anywhere can have a good, cold beer – whenever they choose.6

From the trusty old Ute to the high-tech heights of Wi-Fi, Australians are an ingenious bunch, and we’ve had our fair share of inventions that have taken the world by storm. What will be the world’s next great invention from Down Under?

Ducere Global Business School – with our university partners, are empowering Australia’s startup creators and business innovators with the skills to develop their big ideas.